There have been a number of recent developments regarding the status of gig economy workers around the world.

Take for example, the gig economy in Spain. Glovo is a delivery start up which is now valued at over a billion euros and is active in 19 countries. No legal framework has been agreed for Glovo’s delivery riders and there have been more than 18 rulings on individual cases, from which neither the company nor the delivery riders have achieved legal certainty.  However, Spain’s Supreme Court has recently ruled against Glovo's classification of its delivery riders as “autonomous”, or self-employed, asserting that they are employees of the platform. The judicial press release (click on the tab at the top of the page to translate to English) comments that "The Chamber maintains that it is not a mere intermediary in the contracting of services between businesses and distributors".

It is reported that Glovo responded to the judgment with “Glovo respects the judgment of the Supreme Court and awaits the definition of an adequate regulatory framework by the Government and Europe.”

Glovo's response to the judgment is in sharp contrast to recent developments in the gig economy status cases in the US.

Calfornia passed a law called Assembly Bill 5 (AB5) into effect in January 2020 which would have required tech companies like Uber, Lyft, Seamless and DoorDash to classify their drivers as employees and provide them with a minimum wage and benefits. Uber and Lyft sought to challenge AB5, stating the change could devastate their business models.

Proposition 22 was a controversial ballot measure that passed in the November 2020 election in Calfornia. The proposition carves out an exemption from AB5 for some driving and delivery apps and allows companies to continue to classify drivers as independent contractors.

Companies such as Uber, Lyft, Instacart, Postmates and DoorDash spent more than $200 million on a campaign to encourage voters to select yes on Proposition 22. The companies placed advertisements and sent emails, and text messages asking voters to support their initiative. The campaign proved successful, with 58% of voters approving the proposition. It is the most expensive ballot measure presented in the United States.

The organisation Gig Workers Rising stated “Billionaire corporations just hijacked the ballot measure system in California by spending millions to mislead voters. The victory of Prop 22, the most expensive ballot measure in U.S. history, is a loss for our democracy that could open the door to other attempts by corporations to write their own laws.”

The effect of Proposition 22 is that drivers will remain classified as independent contractors.  They will be provided with some additional benefits, including vouchers to access subsidized health insurance and guaranteed hourly earnings. However, they will only be entitled to a guaranteed $5.64 per hour, whereas if they had been classified as employees, the minimum wage in California is $13 dollars per hour. They will also only be paid for drive time but receive no income for idle periods of waiting for the next customer.

In Australia, five delivery drivers have died in accidents in the past two months. This has prompted a debate about the regulation, or lack thereof the gig economy.

Last but not least, the Supreme Court Judgment regarding the worker status of Uber drivers is expected.

Uber are seeking to convince the Supreme Court to overturn the Court of Appeal ("CA")'s earlier decision that Uber drivers are "limb (b)" workers and are therefore entitled to certain statutory rights, including to be paid the national minimum wage and to take paid holiday. The CA, by a majority, held that Uber drivers are workers, not self-employed contractors.

Uber's position is that it provides a platform which connects self-employed drivers with customers. It maintains that drivers enter into individual contracts with customers and provide driving services to those customers.

Around 1,000 claims have been stayed pending the Supreme Court's decision so the decision could have significant legal and financial implications for both gig workers and on Uber and other gig economy  businesses engaging gig workers as self-employed contractors. 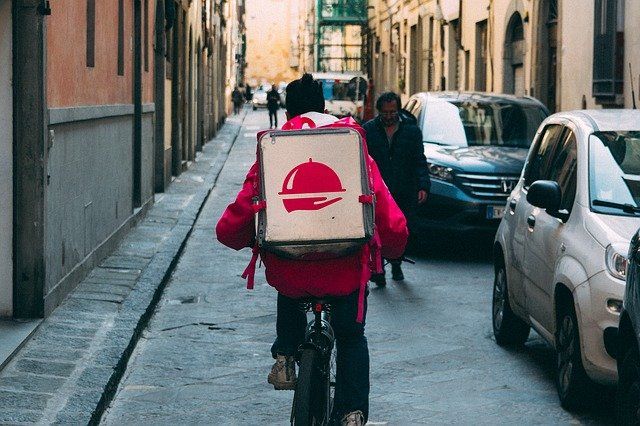