Before getting into the article, I've noticed that a number of reports on this make incorrect reference to the copyright being removed.

Firstly, copyright is an automatic right in the UK and EU, and is not registrable. Secondly, it cannot be removed before the expiry set by law. Of course, an owner of copyright can give third parties consent to use a copyright work, but the copyright exists nonetheless. Of course, to rely on copyright you do have to put your head above the parapet and claim it as yours...something Banksy is not known for doing!

Now we've clarified that - why are there so many articles on this. Well, Full Colour Black Limited (FCB), a seller of graffiti greeting cards, filed an invalidation action against Banksy's registration for the famous 'flower thrower' image, registered in his company's name Pest Control Office Limited so that his real name does not need to be listed, on the basis of bad faith and succeeded. The result is that Banksy's EU trade mark registration has been cancelled.

Interestingly, FCB has also sought to cancel Banksy's EU registrations for a number of the rat images as well as the 'laugh now monkey' and 'nola'. The whole portfolio may now be at risk!

During the proceedings, the EUIPO found that, at the time of filing for invalidity, Banksy had never marketed or sold any goods under the flower thrower image. Further, website extracts stated "All images are made available to download for personal amusement only, thanks." and "Please take anything from this site and make your own (non-commercial use only thanks)".

Banksy's own words didn't help at a later date when he commented on the opening of the 'Gross Domestic Product' store in October 2019 - "the motivation behind the venture was “possibly the least poetic reason to even make some art” – a trademark dispute" and "Sometimes you go to work and it’s hard to know what to paint, but for the past few months I’ve been making stuff for the sole purpose of fulfilling trademark categories under EU law".

This is not genuine use but merely use to try to circumvent the law. Had this been genuine use, it would have been too late as the invalidation action was filed in 2014 - 5 years before the opening of the store.

The EUIPO summed it up nicely:

"The predicament of Banksy’s right to the work ‘Flower Thrower’ is clear. To protect the right under copyright law would require him to lose his anonymity which would undermine his persona. Moreover, there are a number of legal issues which might even result in it being very difficult for him to actually claim copyright over the work although this can be left open for the present purposes. It is clear that when the proprietor filed the EUTM he did not have any intention of using the sign to commercialise goods or provide services. The use, which was only made after the initiation of the present proceedings, was identified as use to circumvent the requirements of trade mark law and thus there was no intention to genuinely use the sign as a trade mark. Banksy was trying to use the sign only to show that he had an intention of using the sign, but his own words and those of his legal representative, unfortunately undermined this effort. Thus it must be concluded that there was no intention to genuinely use the sign as a trade mark and the only eventual use made of the sign was made with the intention of obtaining an exclusive right to the sign for purposes other than those falling within the functions of a trade mark".

This case is a clear reminder that trade marks should only be filed where they are in use or there is a real intent to put them to commercial use in the near future. Defensive trade mark applications, without any intention to use, are not allowed and will be vulnerable to cancellation.

If you have any queries on the points raised in this article, do not hesitate to get in touch. 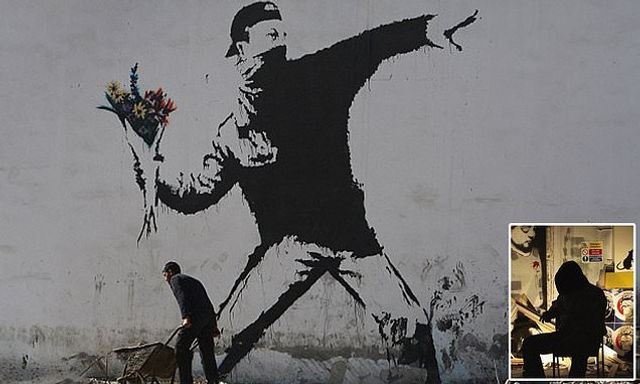