The recent decision in Puma's opposition against Nike's UK trade mark application for FOOTWARE has been issued and the opposition refused.

In March 2019, Nike applied to register FOOTWARE in respect of inter alia computer hardware, computer software, telecommunication services and cloud computing (Classes 9, 38 and 42) in the UK.

This application was opposed by Puma on the basis of

1) descriptiveness - the mark is not striking, surprising, unusual or arbitrary.

2) non-distinctiveness - it is an obvious portmanteau of "footwear" and "software/hardware" and so informs users that the goods/services relate to software/hardware for feet.

3) common descriptor - use of "footware" has been adopted by numerous users.

Puma provided the UK Registry with evidence that they were the first company to integrate electronic hardware and software in sports shoes (1986 - RS Computer shoe), as well as articles with reference to "footware" being used in a descriptive sense.

Nike countered with evidence of previous 'WARE' marks being accepted in Classes 9, 38 and 42, including Puma's own SPORTSWARE, as well as articles relating to footwear with embedded technology where 'footware' was not used.

During the hearing, Puma also tried to claim that FOOTWARE was an obvious misspelling of 'footwear', which also rendered it descriptive. The Registrar would not consider this claim in detail given that this was not pleaded in the first instance.

The Registrar found that whilst 'WARE' may not be inherently distinctive when concerning the goods/services, 'FOOT' is not descriptive of any of the goods/services for which registration is sought. In particular, "[t]here is no evidence that “FOOT” has a distinct meaning in relation to any of the contested goods or services, unlike, for example, “BOOT”, which may mean an item of footwear or an action in relation to a computer, depending on the context". On that basis, the descriptiveness and distinctiveness grounds were dismissed.

With regard to the common descriptor ground, the Registrar found that there was only very limited evidence of "footware" being used in the UK and even less evidence of it being used on the goods/services of issue. Therefore, this ground failed too.

As well as the opposition being refused, Nike were awarded costs of £1300.

Puma has an opportunity to appeal should they wish...

It is not fatal to the opposition under this ground that there is no clear evidence of current use of “FOOTWARE” for the goods and services at issue. The applicant has pointed to other terms which are used, such as “smart” or “connected” footwear. On the basis of the evidence before me, those terms appear to be more frequently used to describe footwear with embedded technology. However, the fact that other terms are available, or even more common, does not mean that the mark is inherently distinctive. Nonetheless, it seems to me that the mark is imprecise and that further explanation is required to identify the nature and purpose of the goods and services to which it relates. It is, therefore, unlikely to be used in future to describe the goods and services. The evidence does not establish that the mark is used descriptively in relation to the contested goods and services, nor do I consider it likely that that will occur in future. 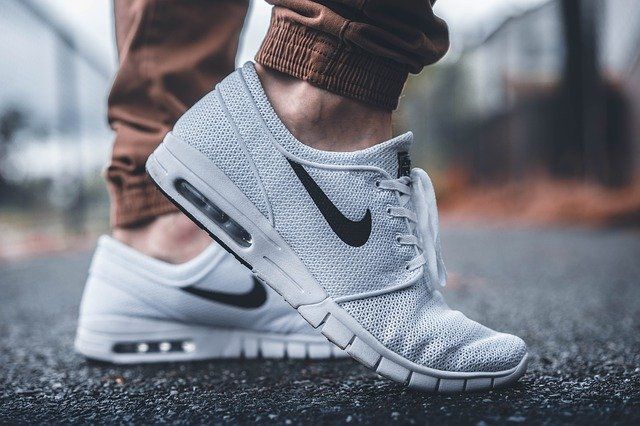