A judge in California this week granted an injunction against Uber and Lyft, requiring them to reclassify their drivers as employees. The ruling was made pursuant to a new piece of State legislation in California known as A.B.5.

A.B.5 codifies pre-existing case law deeming an individual to be an employee unless the hirer can show:

Uber and Lyft have been granted a stay of the injunction for 10 days in order to appeal the decision.

Is this what gig-economy workers want?

Many gig workers may not welcome this intervention, as surveys regularly show that they prefer the flexibility to work as little or as often as they like each week, whereas deemed employment models are likely to cause platforms to reorganise the work into less flexible structures, to ensure that it can be done as efficiently as possible within the confines of employment legislation.

For example, New York City has imposed a minimum pay rate for ride-hail drivers although this has come at the cost of some of the flexibility much-vaunted by drivers: Lyft drivers are now prevented from logging onto the app in less busy areas because Lyft doesn't want to pay the minimum wage for drivers who aren't as likely to get rides to cover these costs.

Impact of the pandemic

The preference for flexibility amongst drivers and other gig economy-workers may be changing, as some have been hit particularly hard by the pandemic and resulting economic slowdown. Uber's ride-hailing revenues were down 29% in the second quarter of 2020.

Given their independent contractor status in the UK, gig-economy workers didn't qualify for furlough under the Coronavirus Job Retention Scheme or sick pay if they were self-isolating. Many did not qualify for the government's self-employed support scheme, either. To be eligible, individuals had to have been self-employed since 2018, earn more than half their income through that work and have up-to-date tax returns.

Conversely, many people who have been furloughed or made redundant during the Coronavirus pandemic have turned to the gig economy for work as a way to supplement their income during the downturn, although in some places this has led to a over-supply in the market, meaning less work to go around (and consequently lower pay).

Is there an alternative to A.B.5?

Khosrowshahi suggested that new laws were needed in the US under which gig workers could maintain the flexibility of an independent contractor but:

Khosrowshahi also committed that Uber will be more transparent with drivers about pay by providing an earnings estimator and will act on driver concerns, ensuring they survey all drivers and publicly release the results, as well as helping drivers to register to vote in the forthcoming US elections.

What about the UK?

Arguably, Khosrowshahi's "third way" is very similar to the "worker" status in the UK, except that workers are entitled to a minimum hourly wage in the UK in addition to benefits like paid time off. As referred to above, there is a trade-off for gig economy workers, as hirers' compliance with these minimum rights is likely to lead to a loss of flexibility.

Many platforms want to provide support and benefits to their drivers without compromising the flexibility the drivers enjoy but platforms can be penalised for doing so - the provision of benefits is one of the factors considered as part of the UK employment/worker status test.

We also need to add into the mix the EU Directive on Transparent and Predictable Working Conditions which was approved by the EU Parliament in June 2019. Member States have until 1 August 2022 to implement the Directive. Given the UK has left the EU and is in a transition period until 31 December 2020, it will be under no obligation to implement these rules but it will be interesting to see whether it chooses to legislate in any event to remain aligned with EU law in the area.

The Directive is intended to benefit workers without fixed or guaranteed hours, including those in the gig economy provided that they fulfil the criteria established by the ECJ for determining the status of a worker. Workers with an unpredictable working pattern will be entitled to receive a statement confirming the number of guaranteed paid hours, as well as the reference hours and days within which they may be required to work. Workers must be given reasonable notice of periods of work and will be entitled to compensation if the work is cancelled without reasonable notice.

Note that these rights only apply to those in the gig economy who are classified as "workers". For platforms that are able to maintain that their gig-economy staff are independent contractors, these rules would not apply in any event.

To that end, we are also awaiting the outcome of Uber's appeal to the Supreme Court in its "worker status" cases, which was heard in July, with the judgment due in September.

It is a period of great uncertainty for platforms and their gig economy workers, whether in the UK or elsewhere and one which appears to only have a sensible resolution for both workers and platforms in a large scale reform of the law in the area, which governments may not have the appetite or bandwidth for at the current time.

There has to be a “third way” for gig workers, but we need to get specific, because we need more than new ideas — we need new laws. 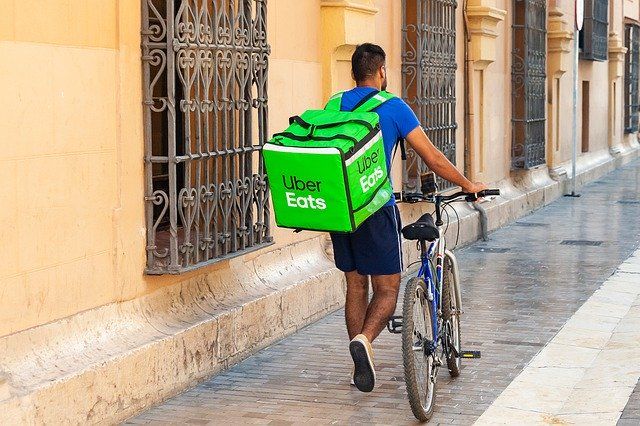 The Uber CEO, Dara Khosrowshahi, proposes that "gig economy companies be required to establish benefits funds which give workers cash that they can use for the benefits they want," like health insurance.https://t.co/UKoqvounB5

Off Payroll Working Rules - a change to the implementation date? Well, not really...
Kathryn Dooks