In March this year the Government announced that, because employers are facing 'unprecedented uncertainty and pressure' caused by the Covid-19 pandemic, gender pay gap ('GPG') reporting would be suspended this year.

The responses to this suspension were divided. Many considered it necessary to assist companies in staying afloat, whilst others were concerned that it highlights the fact that gender equality is still not a priority in the workplace and that any positive changes GPG reporting promotes would be lost.

The suspension has also come at a time where multiple reports and surveys have demonstrated that women are being disproportionately impacted by the Covid-19 crisis.

Amidst these concerns, the Financial Times has published an insightful series of opinions from female leaders in varying roles and industries across the globe who are pushing for solutions in their own specialist fields. Their interviews focus on how the gender pay gap can be closed and how to speed up change in the workplace. Comments range from Billie Jean King's reflections on her years of campaigning for equality of pay in women's sport, to Sheryl Sandberg considering her concerns about the unintended impact of #MeToo, hampering efforts to close the gender pay gap.

From a UK perspective, journalist Carrie Gracie comments on her resignation from the BBC after alleging pay discrimination against women and on her opinion that "the pandemic could reverse progress made in recent years towards greater transparency" in pay. The FT reports that she is now campaigning alongside the Fawcett Society for a change in the law to give women a right to know what colleagues earn if they suspect pay discrimination. The Equal Pay Bill launched as a result of the campaign (which, amongst other purposes makes provision for a right for employees to obtain information on pay of a comparator) is awaiting a second reading in the House of Lords.

The article provides multifaceted views on how pay disparity can be tackled in the workplace and useful opinions on what more needs to be done, particularly at a time where there is a real risk of previous progress being derailed.

Across the world, the average woman’s annual income is $11,500, compared to $21,500 for a man, the WEF estimates. The latest OECD data put the UK gender pay gap at 16 per cent, while the US figure stands at 18.5 per cent. What is more, the economic consequences of coronavirus threaten to derail the slow progress that has been made. 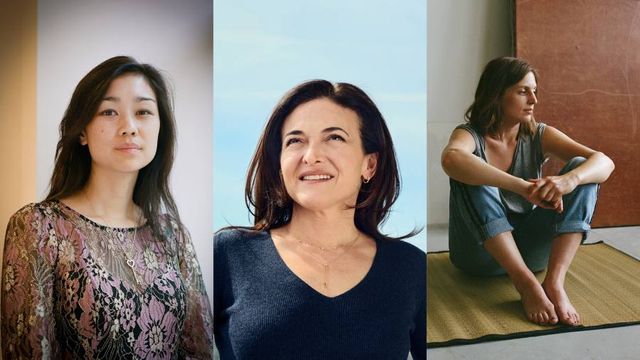 How to close the gender pay gap: solutions from Sheryl Sandberg, Kathy Matsui and more https://t.co/0DltL842I5

The FT spoke with eight trailblazers in business, sport, acting and technology about pragmatic solutions to gender pay inequality https://t.co/CZXA1VPHdj

What do Billie Jean King and Aditi Rao Hydari have in common? A burning desire to see pay equalityhttps://t.co/Cj4zurD8SY

New Covid-19 Restrictions: People in England should work from home if they can
Rachel Kendall