The MS Trust had intended to hold an online fundraising event under the name 'Couch-ella', but has now removed this element as requested by AEG Presents Ltd, owners of the world famous US festival Coachella.

I suspect that the name was chosen due to the similarities with the US festival. Whilst you may think that the general public would not be confused between Coachella and 'Couch-ella', they may believe there was collaboration between the festival and charity.

As AEG Presents has EU registrations for both COACHELLA stylised and CHELLA (not yet over 5 years old and not subject to cancellation on the basis of non-use - see below), meaning that they need not demonstrate actual consumer confusion if they can show there is a risk of association.

MS Trust took the view that it would not be worth spending the charity's funds on fighting the matter - which I think is likely to be a good choice in this case.

Interestingly, AEG Presents EU registration for COACHELLA in plain format is subject to a cancellation action on the basis of non-use in the EU. Whilst there may be use of COACHELLA in respect of merchandising products, I have not seen a COACHELLA festival advertised outside of the US. So, it is no surprise that its registration is being challenged now it is over five years old. AEG Presents filed a fresh EU application for COACHELLA in plain format in June 2020 (presumably before contacting MS Trust). Given that they have a registration already, this may be considered an attempt to maintain protection for a mark not in use.

I wonder if COACHELLA will be coming to Europe once the pandemic allows...

Lawyers for giant US arts and music festival Coachella have asked a UK charity to change the name of its online fundraising event "Couch-ella". 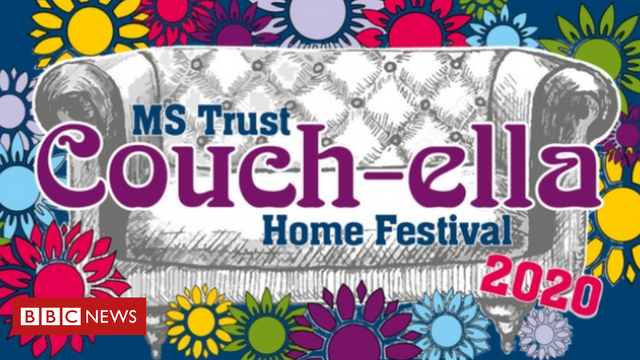