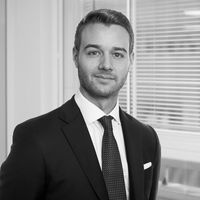 Here's another recent development in the battle between design innovators and those waiting in the wings to mimic the innovators - or should I say "take inspiration" from the innovators...

NIKE is suing Skechers in respect of the alleged infringement of a number of its design patents (broadly equivalent to Registered Community Design Rights) by Skechers. The claim was issued in California on 30 September 2019. Side by side shots of the products in dispute (taken directly from the Complaint) are below.

This isn't the first time that NIKE and Skechers have faced off in Court and Skechers is certainly no stranger to claims of this type. Indeed, NIKE is relying on documents that Skechers was forced to disclose in a similar claim brought by Adidas in 2017. NIKE’s subsidiary, Converse, is currently suing Skechers for marketing shoes Converse claims are a copy of its iconic Chuck Norris All Stars. NIKE also has a further live claim against Skechers in respect of what it claims are copies of its Free and Flyknit designs.

But it’s not only NIKE that’s been on the offensive, though Skechers' attack was of a less legal and more public nature. Basketball fans may recall that one of Zion Williamson’s NIKE trainers split during the early stages of a game in February 2019. Skechers then ran the below parody ad mocking NIKE's famous "JUST DO IT" slogan. 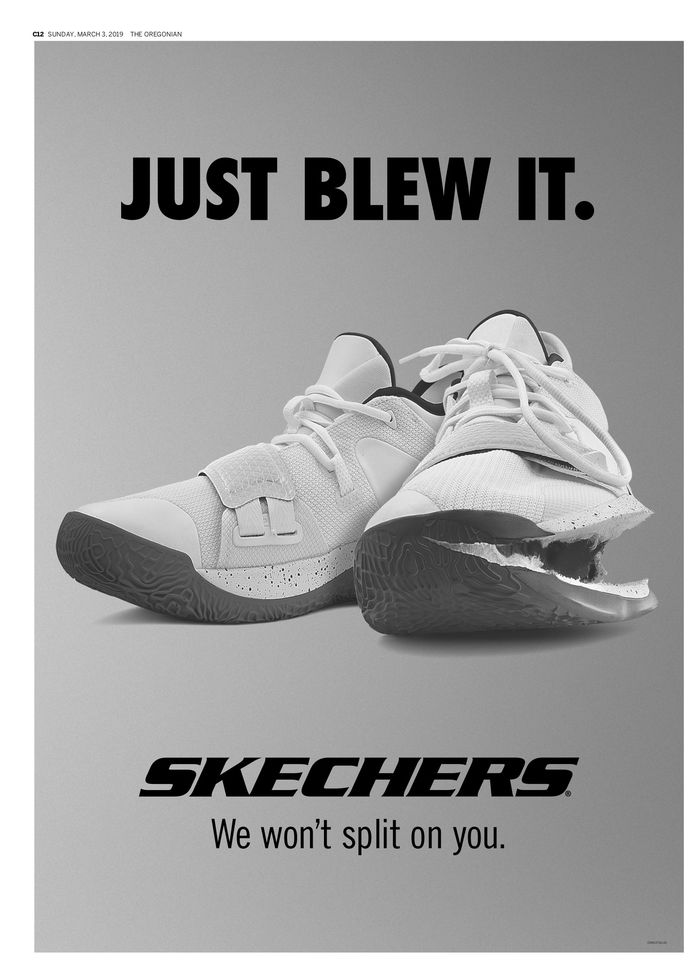 NIKE certainly holds no punches in its latest claim. It refers to documents disclosed in previous proceedings which it claims evidence Skechers' deliberate policy of "Skecherizing" competitor's designs. In my view, it's certainly clear from the side by side photos shown in the table above that the designs are simply too close for the similarities to be coincidental. The key question therefore is whether the process of "Skecherizing": (a) constitutes mere inspiration and is therefore fair; or (b) oversteps the line and infringes its competitors' designs.

NIKE certainly considers itself an innovator in the area and it's also clear that it is proud of its introduction and evolution of shoes with visible air sole units. Skechers' attempt to take advantage of NIKE's investment in that process has unsurprisingly vexed Nike.

Indeed, NIKE is seeking additional damages of up to 3 times the standard amount as a result of what it alleges is the wilful and deliberate nature of the infringement (from at least the date of the filing of the Complaint).

This looks to be an uphill struggle for Skechers, the side by side comparisons are rather damning. I will be monitoring the progress of the claim but wouldn't be surprised to see a short public statement confirming an out of court resolution has been reached before the claim progresses much further.

For design innovators, the Complaint itself is a helpful reminder of the benefit of obtaining registered protection for designs when it comes to enforcing your rights.

For practitioners, the reference to the use of code words to describe Skechers' projects is a helpful reminder of the importance of ensuring practices of this type are taken into account when considering the scope of disclosure/discovery exercises.

"As one commentator explained, 'it's hard to mask that [Skechers] is a copy-cat' that 'has blatantly knocked off' the popular designs of others like NIKE".

AI identifies a new antibiotic that kills antibiotic-resistant bacteria - is this the year for AI to stamp its mark in the healthcare sector?
Richard Reeve-Young, Robert Griffiths

Can a machine be an "inventor" for the purposes of a patent?
Richard Reeve-Young